In reality there is no so such thing as a global prepaid market – each country and each market segment within each country has to be addressed as a unique go-to-market proposition. While mobile operators with their prepaid products opened up the prepaid payment vehicle, they, like banks, are just one of the providers now. Non-financial organisations could really dominate in prepaid provided their open debit products have association branding. 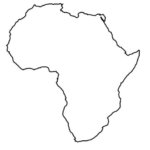 Are you a company with a large base of identifiable customers, whom can be reached through database mining or do you operate merchant outlets with a high traffic of customers? White label-branding could help you increase revenues, grow your market share, build customer loyalty and make a lasting impression around the world. As a Member Service Provider, CCS Prepay facilitates the design of co-branded schemes for clients seeking an innovative way to provide enhanced value to their customer base or membership.

The East Asia-Pacific region (EAP) has some of the most developed economies in the world, and represents tremendous opportunities for global payment card industry. Developments of payment card markets have varied from country to country within this region. While the card market in some countries, like South Korea and Australia, are developed, other markets are growing rapidly, such as China and Malaysia. Some payment card markets are in a nascent stage, like Vietnam; nonetheless they possess great potential and should certainly not be overlooked. Despite their geographic proximity to one another, each individual market offers unique opportunities for foreign investors who wish to reap the benefits in EAP. Card markets in the East Asia-Pacific area share similar cultures, beliefs, and consumer behaviors. However, foreign companies should be aware that strategies that are applicable in one market are not necessarily applicable across the entire region. To benefit from the opportunities in these markets, the differences and uniqueness of each individual market within the region should be recognised, and strategies tailored accordingly. 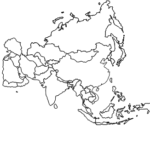 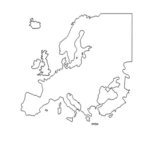 Industry research predicts SEPA-compliance costs for European banks will exceed $10 Billion with a concomitant loss of payment revenues ranging from $23 – $37 Billion. This is an opening opportunity for third party payment processors to provide new capabilities including prepaid products. A large number of banks, processors, and vendors from around the globe are looking at the Emerging European Card Markets (EECM), which includes countries from the Baltic region, Central, Southern, and Eastern Europe. Others have already made investments in these markets and now are reaping the benefits or are still trying to figure out how to generate a return. Among those are the European banks such as Raiffeisen International (RI), a subsidiary of the Austrian RZB Group, Cetelem, GE Money, and other Austrians such as the Erste Bank and BA-CA, UniCredito Italiano, Nordea Bank, and global processing giant, First Data Corporation.

The business of credit and debit cards is booming in Latin America and the Caribbean, according to Visa and MasterCard, which oversee operations in the Latin region from Miami. MasterCard reported $28.1 billion in gross dollar volume on its branded payment cards in the Latin region during the first quarter, up 27.4 percent from a year earlier. ‘That’s double the growth rate for MasterCard payment cards worldwide’, the company said. Card issuers in Latin America (bank- and retail-specific) believe that plastic card usage is the key to encouraging consumers to use banking services. In Chile for instance, more plastic cards are issued by retailers than by banks, given a distinct reluctance of consumers to use bank accounts. Brazil is currently second in the world in chip card transaction volume, and fifth in terms of the number of chip cards issued, according to Visa.